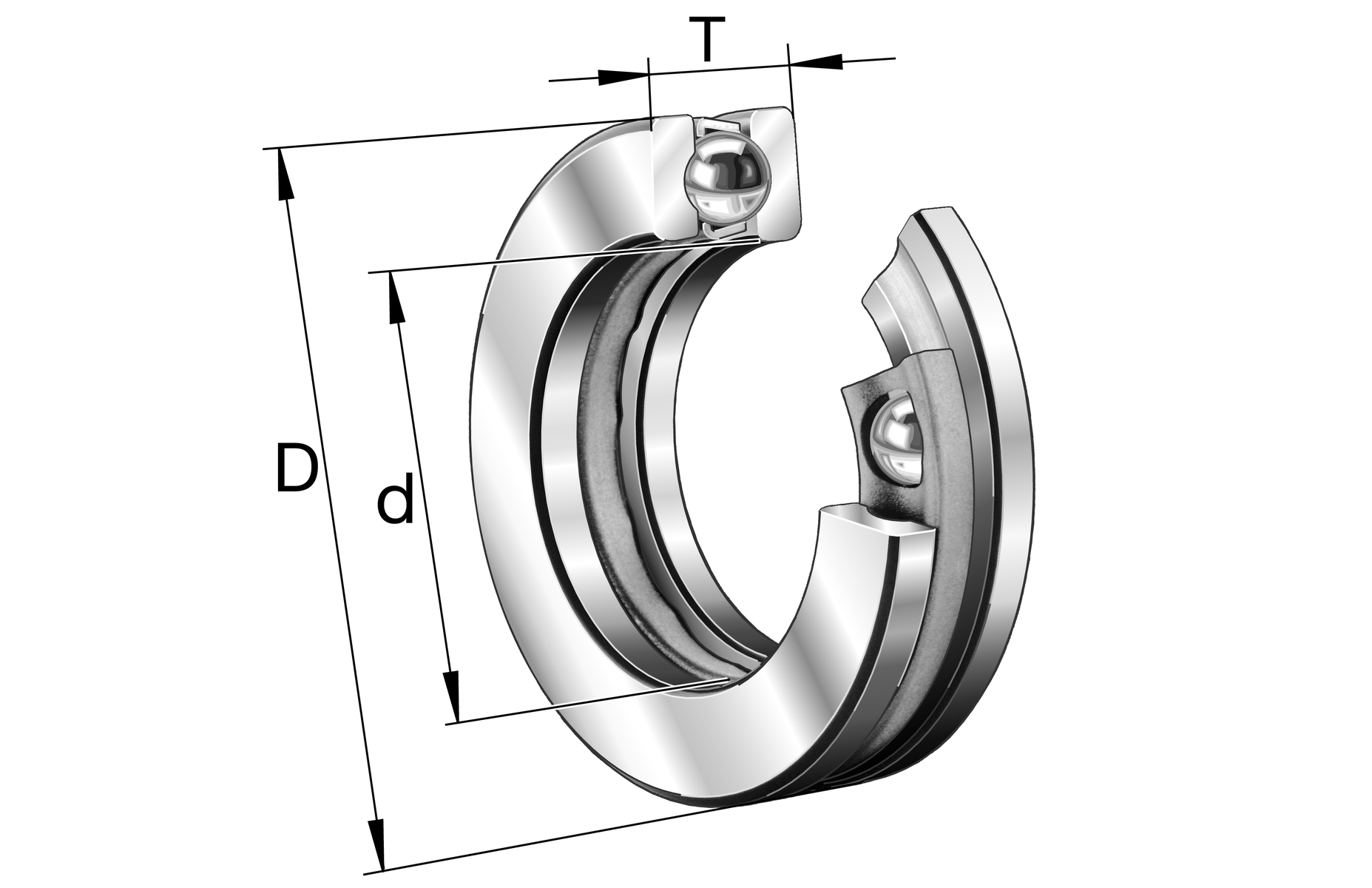 The axial deep groove ball bearings single direction are removable bearings with a 90 ° contact angle. It consists of a shaft locating washer, a housing locating washer and a ball and cage assembly. They only carry axial loads from one direction. They are deficient for static axial loads due to the point contact between the balls and the raceways. In order to statically carry the angular deviations of the long shafts, in the vertical mounting position, the housing washer can be spherically machined on the outside front surface and the seating surface can be a concave ring processed on the inside .

In various industrial applications, for taking over purely axial loads in one direction.